AngularJS is one of the best frontend frameworks for developers to build dynamic web applications. It enables … 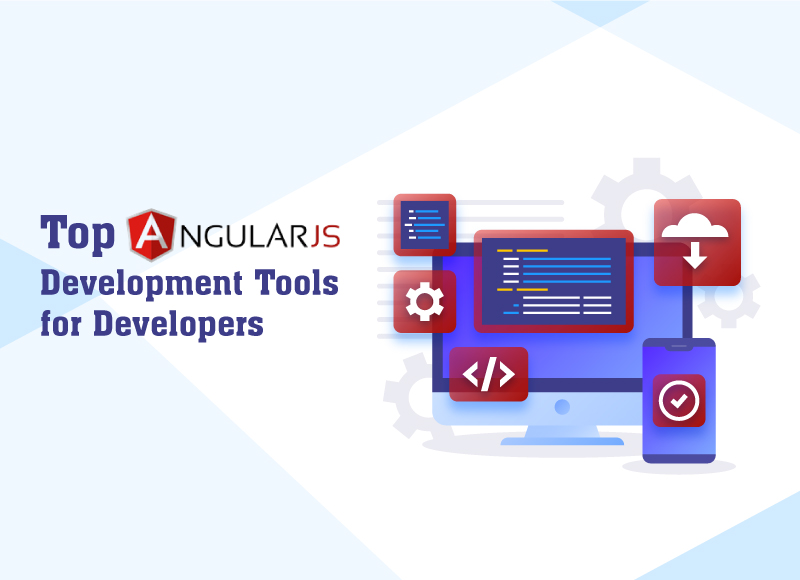 In order to develop a dynamic web service, AngularJS is turning into an undoubted choice. AngularJS developers usually have access to a wide range of tools, which can help them work with utmost efficiency for a better turnaround time.

But the question arises, what is AngularJS exactly and why has it garnered so much popularity in recent times?

AngularJS is one of the best frontend frameworks for developers to build dynamic web applications. It enables your frontend developers to utilize HTML as the template language. As a result, you can extend the syntax of HTML for expressing the application components in a clear and precise manner.

AngularJS comes along with its data binding as well as dependency injection. As a result, you do not need to use a lot of code. AngularJS also comes with the ability to add built-in characteristics and attributes for building custom attributes through simple JavaScript.

The frontend framework is also known for offering highly functional features to your developers. In this case, your AngularJS developers do not have to worry about the third-party software support in your web application.

What are the Key Benefits of AngularJS?

AngularJS can operate with multiple browsers and it offers better compatibility. Here are the best AngularJS benefits:

In AngularJS, developers can get unit-testable abilities.

AngularJS offers data-binding capabilities with HTML. As a result, users can get a rich and immersive experience.

AngularJS provides the ability for building Single Page Applications in a maintainable and clean manner.

The frontend framework offers the views with pure HTML pages as well as controllers in JavaScript for business processing.

What are the Disadvantages of AngularJS?

Below are some of the disadvantages of AngularJS:

AngularJS might be difficult for some developers as it has limited documentation. As a result, it might disrupt the learning process.

AngularJS can take a lot of time to render the web application if you are using old and outdated systems to code. As a result, it becomes difficult for browsers to survive overload and might not perform the DOM manipulation task.

While different versions mean better functionality, it might be a little different with AngularJS. Between AngularJS and Angular 9, there are nearly 6 releases. Hence, if your AngularJS developers are just starting off, they might find it difficult to comprehend the versioning.

What are the Different Features of AngularJS?

In this section, we will discuss the key features of AngularJS:

AngularJS provides you with data binding ease. As a result, your developers do not have to worry about writing different separate codes. When you add snippets, it can help you to bind data using HTML control for application data.

The very basis of developing web applications with AngularJS is MVC architecture. The MVC segregates the web app into three categories such as model, view, and controller.

The directives in AngularJS helps in combining the data with the HTML template. As a result, you can get additional functionality for your web application. In addition to this, the frontend framework also offers a way for the creation of custom directives.

Dependency injection can help in the development of a web application in an easily comprehensible manner. In addition to this, AngularJS also offers code-splitting ease along with code generation for high speed and performance.

Protractor is a popular testing tool, used for AngularJS and Angular 6 applications. It is built on the top of the web drivers through NodeJS for interacting with the application as an end-user. It leverages native events as well as browser-specific drivers. In addition to this, it also underpins AngularJS locator tactics, thereby enabling the end-user to test the Angular elements without any kind of setup effort on the development part.

Jasmine is one of the best testing tools for NodeJS projects. It usually flourishes in a behavior-driven environment. In order to run this tool, you don’t require any DOM. In addition to this, the testing tool contains the simplest syntax for offering the ease to write the test scripts.

Karma is known as one of the most popular testing tools for JavaScript projects. It enables AngularJS developers to write the test scripts and easily execute the testing plan. AngularJS developers prefer to use Karma for testing the scripts in real-time and with real devices. It helps control the entire workflow from the IDE. You have to save your project and the testing tool will execute the required test.

Mocha is renowned as a key AngularJS development tool, owing to its simplicity, flexibility, and ease of work. The testing tool has rich components as well as a JavaScript test system, which operates on NodeJS for its compatibility with any browser. It also offers the ease of Async testing in a simple manner.

The key feature of Subline Text is its seamlessness using AngularJS. It is known as a magical solution for AngularJS developers as its primary feature is to offer the ease of translation of the code. The translation while browsing the language can be done easily into any kind of local language.

It is a key AngularJS development tool for any developer looking forward to building a frontend portal. Using the text editor tool, AngularJS developers can edit the code as well as save it for the results to get quickly implemented in the current web application in real-time.

An angular Kickstart is a key tool used for driving speed in an AngularJS project. It enables AngularJS developers to develop web apps using components, which define areas and responsibilities in the user interface. In addition to this, it also enables you to reuse the UI functionality.

AngularJS UI governs the deployment time as well as speed, which further makes AngularJS the best technology to use for the development of a web app. The tool can be used to boost the speed of key processes through the use of directives that can be integrated in an easy manner.

Angular Fire offers flexible API as well as three-way data binding opportunities along with the ease of development and rapid dev capabilities. This can duly enable developers to seamlessly integrate and develop a backend for the AngularJS web app projects.

When you are browsing the AngularJS application, the HTML-based video player abilities will be implied into the integration of a video player for the design of the user interface. It is kind of a wrapper for the video elements of HTML5 that enables the addition of functionality as they need.

NG-Inspector is one of the best AngularJS tools used along with the inspector panel for the development, debugging, as well as and understanding of the AngularJS application. In addition to this, it also uses directives as well as controllers to identify the scope.