Suppose you just got a brilliant app idea and you are ready to explain its merits and how it can be a real success, etc. But what comes next? It is the actual shaping of that idea into an app product, right? Yes, that’s the most grueling part. 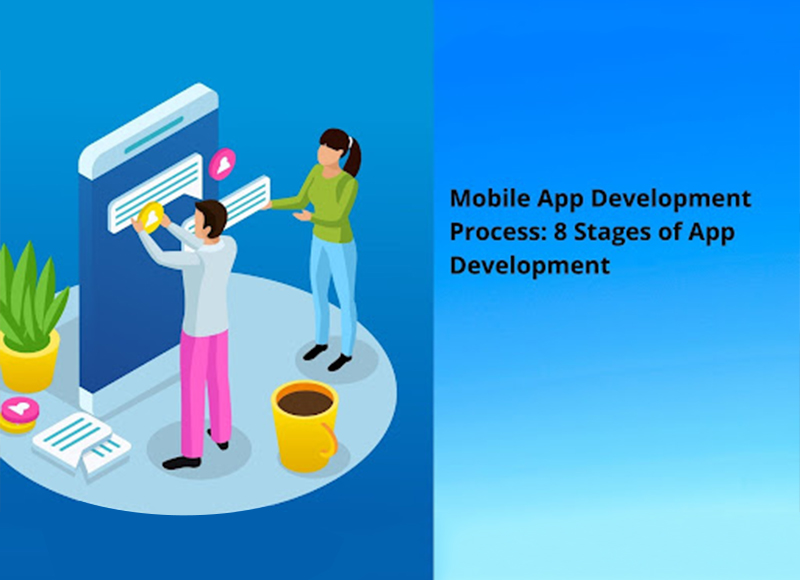 Suppose you just got a brilliant app idea and you are ready to explain its merits and how it can be a real success, etc. But what comes next? It is the actual shaping of that idea into an app product, right? Yes, that’s the most grueling part.

If you are going to build a mobile app from scratch, here we provide a thorough step-by-step development guide.

Before taking steps to proceed, you should evaluate the app idea by answering the following questions.

Now based upon this evaluation, you can have a detailed product roadmap for the mobile app development project corresponding to the target platforms, initial features for the MVP app version, and planning for future value additions and updates.

Now, it is over to the app designers who can start creating the app design with simple sketches of the app screens on paper. These sketches make the wireframes. You can also use some available wireframing tools like Balsamiq to minimize effort and make it more concise.

When it comes to wireframes, the priority rests more on aesthetic appeal and the user experience than anything else. By creating wireframes, you open up the scope of iteration in the design process so that things can be perfected with inputs.

Mockups are just one step ahead of the wireframes and these are high-fidelity design schéma to give a final idea of the app’s visual design. Mockups are are resulted from applying brand-specific style elements such as fonts, color schemes, etc on the app wireframe. Adobe Photoshop is widely used for creating highly reliable mock-ups.

Now it’s time to design the app’s prototype which differs from the mockups by introducing click-through materials or interactive elements on the static designs of mock-ups. For prototype design two of the widely used tools are Invision and Figma. Prototypes are really effective to provide a simulated experience of the final look and feel of the app and from this, we can expect to evaluate how the app workflows are going to look and behave. Since it gives the final idea of the app’s look, feel and workflows, prototypes also trigger modifications in the functionalities of the app.

There are also development companies who prefer creating prototypes during wireframe design, particularly in-app projects where the app functions are not decided out or the functionalities need to be reviewed along with app design.

Generally, developers work on three aspects of the app project separately such as back-end, APIs, and the front-end. Usually, app development goes through several stages, and developers can also release interim app builds for testing in actual devices and in actual OS environments.

Configuring the server-side or Back-End

Application Programming Interface (API) provides us with a cluster of tools, practices and protocols for building apps. These APIs come with configurations and particularities of how various app components should behave and interact. APIs are used by app developers to shape various app components quickly following a guided path.

The client-side or the app front-end refers to the visible app interface that the end-users interact with and rely upon to get their jobs done. The app frontend deploys all the visual elements, perceived structure, app behavior, and actionable elements that users see and interact with on the app screens. Such app frontend can also be developed by using drag and drop tools that come loaded with backend support.

As of now, we have just discussed the coding aspect of an app project. Following this, we have the testing process. As part of the final testing process, the finished app needs to be delivered to a specific set of users so that a user experience test can be carried out. This is the most important phase of app testing to evaluate an app.

Some apps also release Beta versions of the app for users and we call it Beta Testing. This is a credible way to evaluate an app by launching it for the wide-open market. By launching a beta version you can easily fetch opinions and feedback from the users and take corrective actions that make the user experience better.

Now that your app is finally developed and is ready to hit the market, you need to go through the respective submission processes of the respective app marketplaces of the iOS App Store and Android Play Store to get the app approved and make it discoverable for the audience. All through the development and design phases, you need to keep an eye on adhering to the App Store and Play Store guidelines so that your app gets approved with ease.

Now that we have explained all the most relevant steps and stages in developing a mobile app, you just need to adhere to these steps and follow the best design, development, and testing practices. Remember, after a successful launch of the app it is still not the end of the road. You need to come up with frequent app updates to deal with the required changes and flaws.