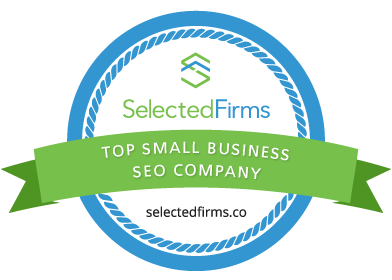 Use our list to find and connect with the top Small Business SEO firms in the UK. Evaluate their case studies, project types, and client reviews to determine which firm is the best fit for you.

Magneto is an award-winning eCommerce agency. Our core competencies lie in developing market-leading end-to-end B2C, B2B eCommerce solutions development, ERP, CRM integration & Digital Marketing. From creating strikingly beautiful web stores to innovative mobile applications, our team uses the agile methodology to develop industry-leading User Interfaces to deliver the perfect experience to the end-user. Using our resource strength of 90+, we help our clients scale their eCommerce businesses by implementing ground-breaking Digital eCommerce solutions. We help our clients increase the efficiency of their in-house team by improving and streamlining their customer acquisition and retention practices. We are closely working with eCommerce ventures since 2011 and he has helped 200+ brands for building/improving their online ventures in the area of UI/ UX, Development, Launching, Revenue Enhancement, Marketing strategy, and much more and 90% of ventures are generating very good revenue.

KR. Laboratories – is a digital solutions lab, founded in 2019 in Kyiv, Ukraine, and conducts research in the field of IT engineering. The team consists of three Full-Stack IT specialists and several freelancers. Their web designers and developers have received higher education in the field of Computer Science and have been certified by such well-known vendors as IBM, Microsoft, Oracle, Google, Offensive Security, ISC2, CompTIA, Amazon, Semrush, Ahrefs, Yoast, MOZ, etc. They cater to mainly entrepreneurs, and representatives of small and medium-sized businesses in Ukraine and the UK from industry verticals like education and science, Motor Transport, Agro-Industry, Construction, Retail, B2B, etc. They also have also worked on international projects and have collaborated with global partners from the United States, UK, Latin America, the Middle East, the Baltic states, and Asia. In their work, we apply the best international practices and standards, for example, ITIL, ISACA, ISO, GDPR, HIPAA, COBIT, NIST, PCIDSS, OWASP, and others. In the past 8 years, they have served more than 200 clients, developed more than 40 projects with a 97% client retention rate.

Pearl Lemon is no ordinary Digital Marketing agency! Deepak Shukla, the founder of Pearl Lemon bootstrapped the company from $0-20k per month in less than 6 months by leveraging his entrepreneurial flair, extensive growth hacking experience, and his team of experts. Pearl Lemon is set apart from other digital marketing agencies due to the fact that the team works remotely from anywhere they wish (as long as they have an internet connection!) This allows Deepak to draw upon the best talent globally to deliver value and high-quality work to his clients.

Established in 2016, PNdigital is an award-winning Web development agency in London, UK. Our web developers strive to create scalable and flexible software solutions based on your business requirements and your client’s expectations. Being a leading web development company in the UK, we have received much recognization from renowned review platforms like clutch, Trustpilots, and many others. We believe in delivering out-of-the-box solutions by implementing advanced technologies and innovative ideas. Our SEO experts leave no stone unturned to get you more visible, more traffic, and more sales Our specialists have the expertise, experience, and passion for the art of developing high converting websites that reflect our clients’ vision.

Get In Touch With Agency